The actions of psychoactive agents as discriminative stimuli are closely related to their ‘subjective’ effects in humans. In this sense, it is believed that analysis of discriminative properties of drugs in animals is of considerable value in predicting which specific drugs may be prone to abuse.

Drug discrimination is a well-established technique for measuring the in vivo pharmacology of drugs of abuse.  The technique can be used as a means of determining the abuse liability of test compounds when compared with a known drug of abuse.

Two measures are taken during a drug discrimination test: the percentage of responses on the drug-appropriate lever and the rate of responding.

In the current study, rats were trained to discriminate 1 mg/kg amphetamine from vehicle. MLR 1017, MLR-1019 and modafinil were then tested to determine their ability to generalize to amphetamine. 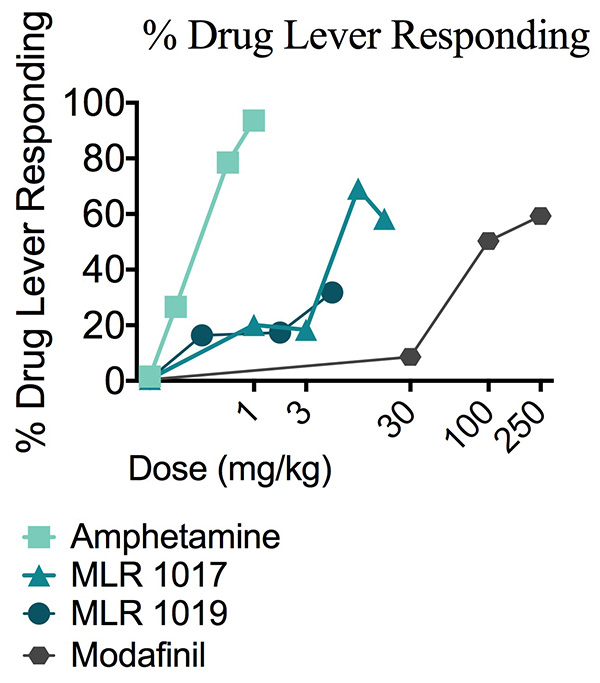 Figure 1. % Drug Lever Responding in Sprague Dawley rats trained to discriminate 1 mg/kg amphetamine from saline, MLR-1017 elicited partial generalization to the amphetamine discriminative stimulus cue. MLR-1017 10 mg/kg produced approximately 70% drug lever responding. When the dose of MLR-1017 was increased to 20 mg/kg, response rates of rats were markedly reduced with only an n of 2 completing a fixed ratio on the drug-paired lever. This reduction in response rates demonstrates a response impairment and no further doses were tested. 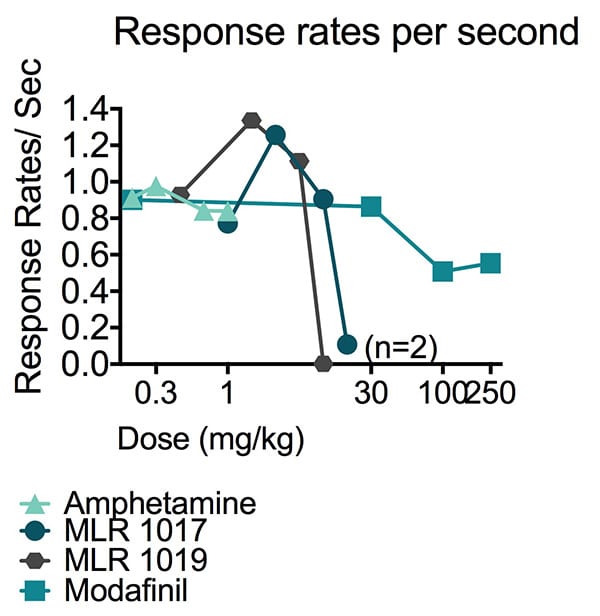 Figure 2. This figure depicts the mean response rates produced after dosing with amphetamine, modafinil,  MLR-1017 and MLR-1019. As mentioned in the previous figure, the high doses of both MLR-1017 (20 mg/kg) and MLR-1019 (10 mg/kg) reduced responding significantly, demonstrating that response impairment occurs at these high doses.

If you are interested in learning more about the Drug Discrimination, please contact us to start the conversation today!