The bleomycin-induced pulmonary fibrosis model is the best characterized, and most widely used model. Direct delivery of bleomycin to the lung (e.g. intratracheal) causes direct damage to alveolar epithelial cells and induces rapidly developing fibrosis after a single administration. This is followed by the development of neutrophilic and lymphocytic alveolitis within the first week. After the first week, alveolar inflammatory cells are cleared, fibroblast proliferation is initiated, with synthesis of extracellular matrix. The development of fibrosis in this model can be seen biochemically and histologically by day 14 with maximal responses observed between 21- 28 days.
Nintedanib and pirfenidone have been used clinically to treat idiopathic pulmonary fibrosis. Both compounds have been evaluated in our pulmonary fibrosis model. 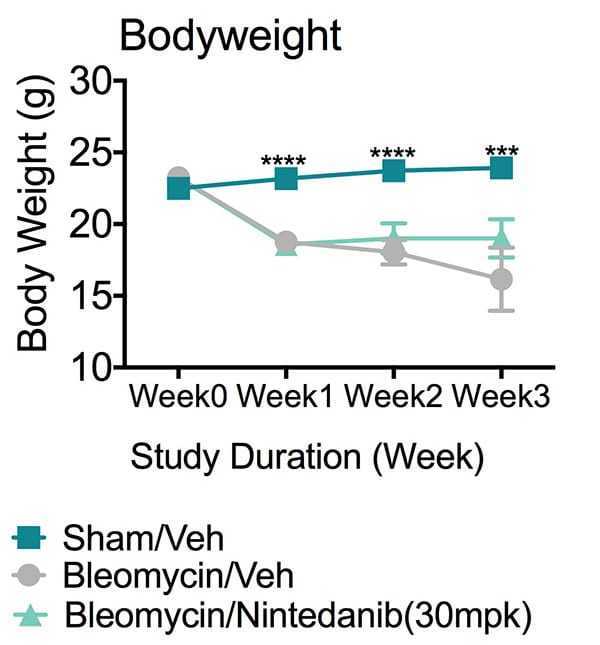 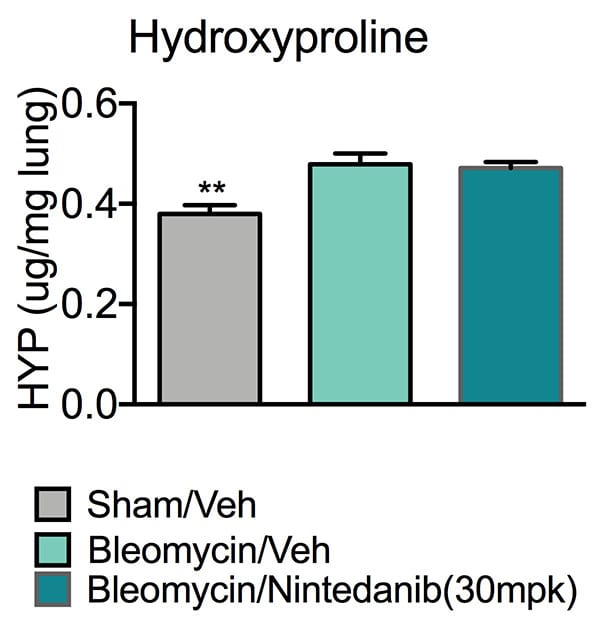 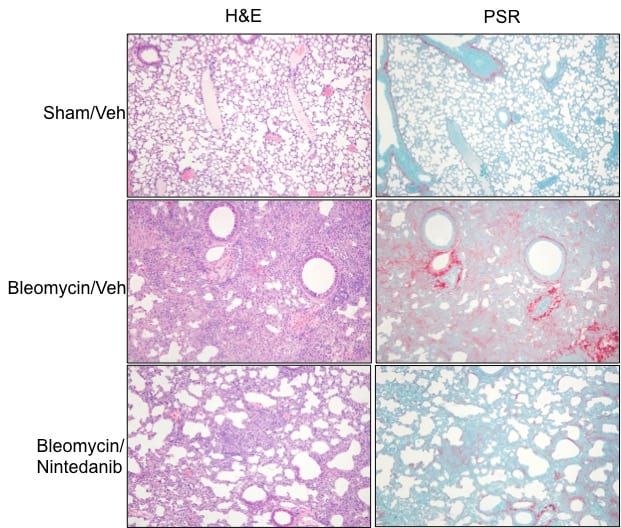 These data support that profound lung fibrosis has been induced by Bleomycin and Nintedanib treatment effectively improved the histopathology changes.

If you are interested in learning more about the Pulmonary Fibrosis Model, please contact us to start the conversation today!