The neurotoxin 6-hydroxydopamine (6-OHDA) is widely used to induce depletion of dopaminergic neurons in animal models of Parkinson’s Disease (PD). Unilateral administration of 6-OHDA into the medial forebrain bundle can produce a 90-95% ipsilateral (lesioned-side) depletion of dopamine neurons in 80-90% of animals injected, leading to a PD – like motor dysfunction. 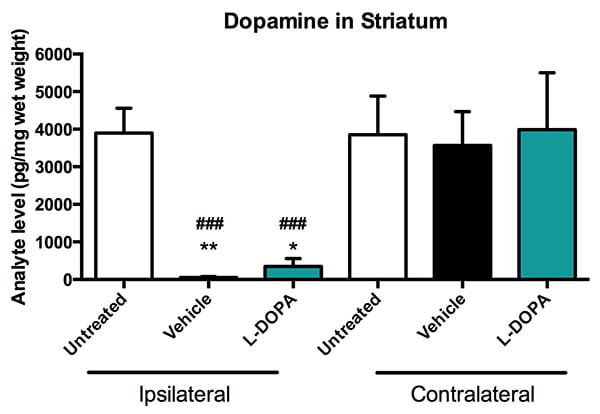 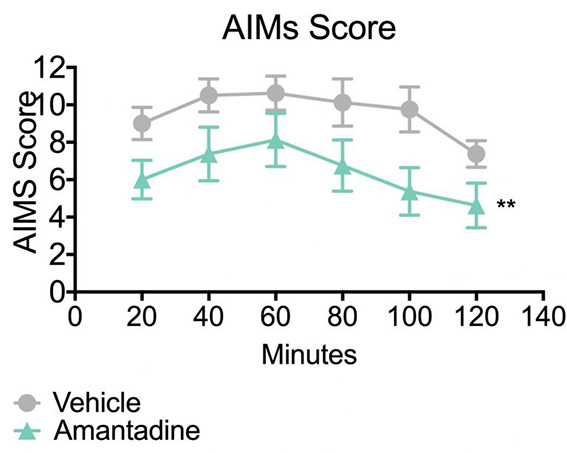 In addition to AIMs testing, Forepaw Adjusting Steps (FAS) testing was conducted over a series of trials to quantify the number of adjusting steps for both paws in the forehand and backhand directions of movement. This test is used to assess motor deficits in the forelimbs. Lesioned rats show a unilateral motor deficit in adjusting steps compared to unlesioned animals. Chronic treatment with L-DOPA can improve this function, and it is important to determine if a treatment interferes with this L-DOPA effect. 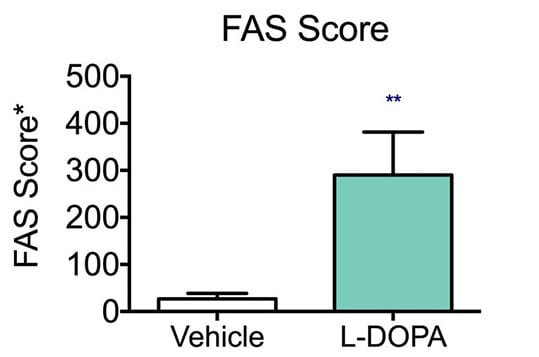 The 6-OHDA Hemiparkinsonian Lesion model is only conducted in rats. The studies are normally about 2 months in duration. Ideal group sizes are >8 animals. In addition to FAS and AIMs, histological endpoints such as the evaluation of tyrosine hydroxylase (a marker of dopaminergic neurons) positive immunohistochemistry in the striatum and substantia nigra or cell counts of TH-positive cells in the substantia nigra can be conducted.

If you are interested in learning more about the 6-OHDA model or related animal models of Parkinson’s disease, please contact us to start the conversation today!