This model is designed to identify pharmacological agents that disrupt sensorimotor gating in normal animals and pharmacological agents that improve sensorimotor gating in affected animals. Most commonly the Startle Prepulse Inhibition (PPI) model is considered a model of schizophrenia. Risperidone and haloperidol are drugs used to treat schizophrenia and are used to validate the assay.

The study described below illustrates the validation of our Startle PPI model using risperidone as a validating agent. 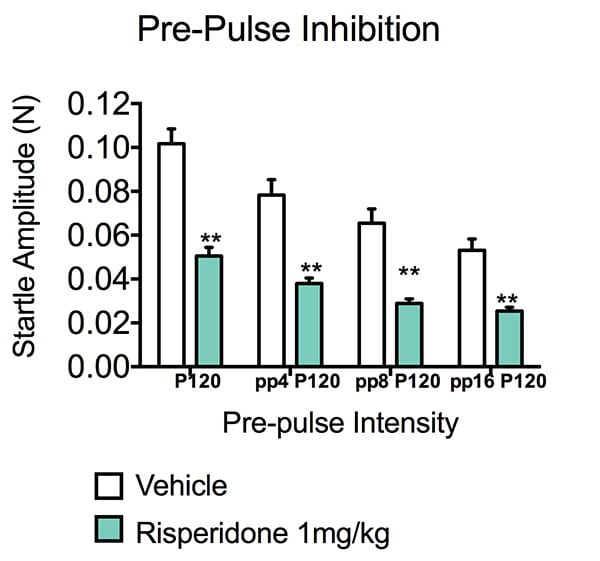 The Startle Prepulse Inhibition model is an acute model (one day) typically used to evaluate a compound after a single administration.  Ideal group sizes are 10-14 animals.

If you are interested in learning more about the Startle Prepulse Inhibition (PPI) animal model of schizophrenia, please contact us to start the conversation today!