Demyelination of neurons within the CNS leads to impaired locomotor function and mirrors symptoms of the human disease. As with multiple sclerosis in humans, the condition in rodents appears in relapsing-remitting cycles and are characterized by loss of nerve conduction and chronic progression of disability.

This study described below assesses the progression of locomotor dysfunction in mice subjected to EAE to and validated with the immune modulator FTY-720 (fingolimod; Gilenya®) thereby validating this as multiple sclerosis model (MS model). 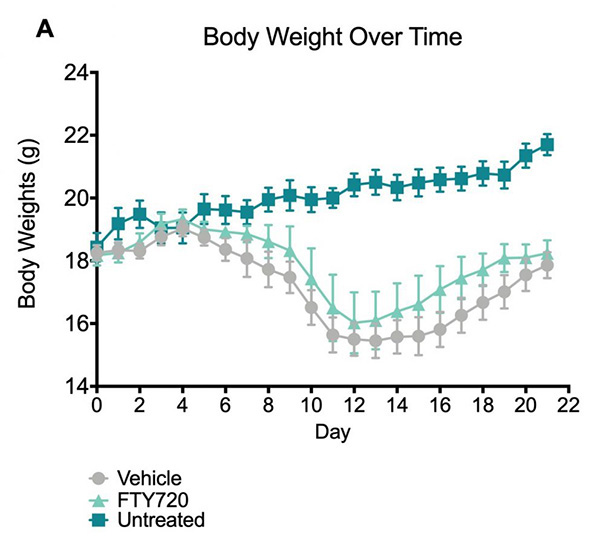 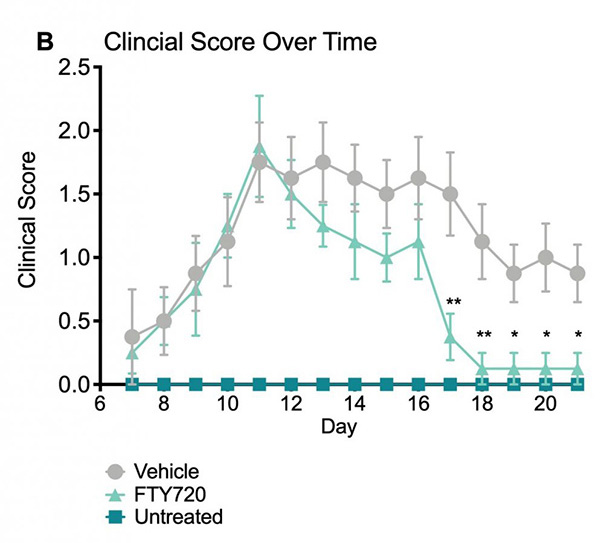 Clinical Scoring: Mice were randomized according to clinical score on Day 7 of the study. Clinical scoring was completed so that each mouse received one score per day. Clinical scores were evaluated using the following scale:

The EAE Multiple Sclerosis Model can be performed in mice or rats. Typical study duration is about 21 days.

Interested in running an EAE Model of Multiple Sclerosis study?

If you are interested in learning more about the EAE Model of Multiple Sclerosis, please contact us to start the conversation today!