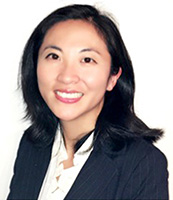 Dr. Cong has 15+ years experience in metabolic diseases including diabetes, fatty liver disease, NASH and obesity. She also has extensive experience in fibrotic diseases especially liver fibrosis and pulmonary fibrosis. Dr. Cong has authored over 20 peer-reviewed articles and multiple drug discovery patents in both China and US.

Dr. Cong received her Ph.D. in pharmacology from the Peking Union Medical College (PUMC), China. During her Ph.D. study, she focused on the mechanisms of various metabolic diseases and gained extensive experience on multiple preclinical pharmacology models of metabolic syndrome. Subsequently, she conducted her postdoctoral training at the Hospital for Sick Children in Canada during which she did in-depth investigation on hyperlipidemia.

From 2010 through 2015, as a research fellow, Dr. Cong continued her research career at the Metabolism Unit of Laboratory of Clinical Investigation, National Institute on Aging in the US. During the time at NIH, Dr. Cong not only continued gaining extensive knowledge and experience on metabolic diseases, but also expanded her research scope to neurodegenerative diseases including Alzheimer’s disease, Huntington’s disease, and Parkinson’s disease. Neuro-endocrinology is one of her specialties.

Dr. Cong joined Melior Discovery in 2016. She truly believes in our mission and drug repositioning strategy and wants to achieve excellence in preclinical pharmacology of drug discovery at Melior Discovery. In addition to work, Dr. Cong enjoys cooking and nature.