Direct injection of capsaicin to rodents induces a hyperalgesic response by activating the vanilloid receptor and subsequent release of neuropeptides including substance P. Capsaicin-mediated pain is responsive to a variety of analgesic compounds including morphine.

We use the capsaicin hyperalgesic assay to evaluate efficacy of compounds for analgesic activity. It has properties that complement some of the other acute pain models that we run, such as Formalin Analgesia model.

As with other acute animal models of pain (such as the Carrageenan model) it can be assessed with mechanical nociception (e.g. Von Frey), thermal nociception (Hargreaves, Hot Plate) or cold nociception (Cold Plate) methods. The study below outlines a typical experiment wherein pain response was measured using Von Frey filaments. 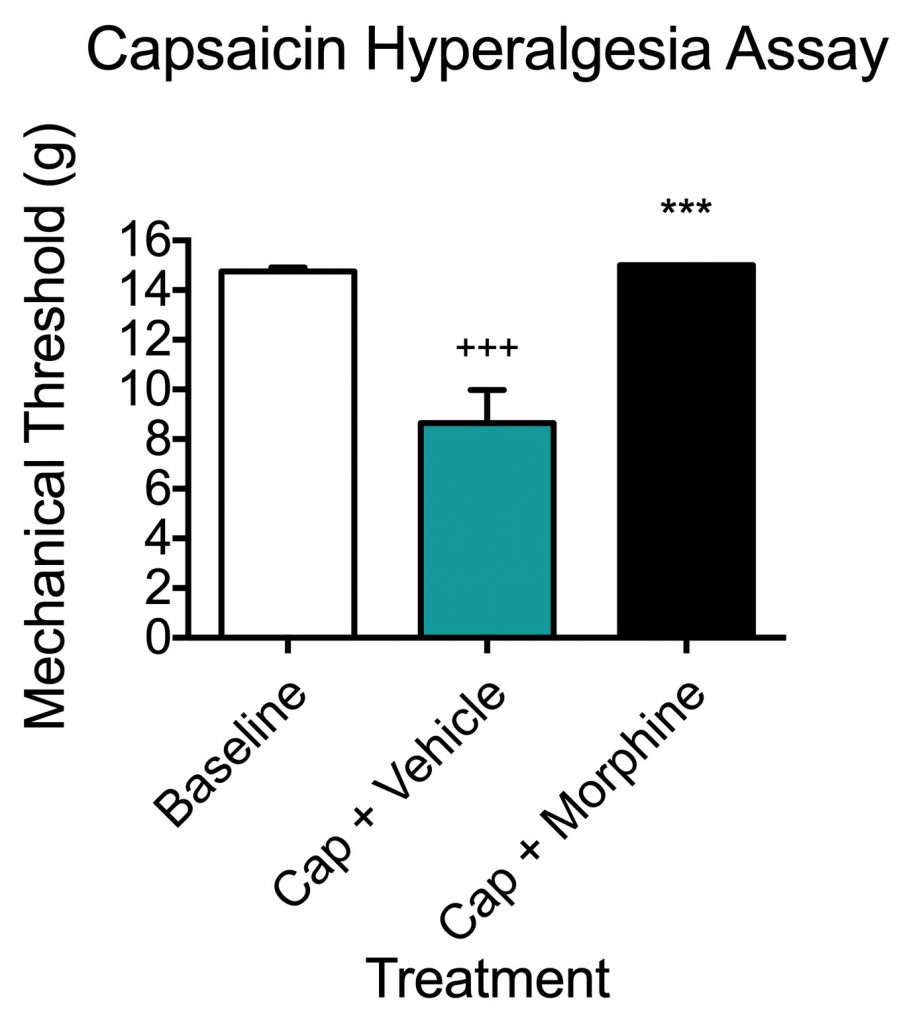 The Capsaicin Hyperalgesia model is typically run in an acute mode (study completed in one day) by evaluating test articles after a single administration. The variability is relatively low and statistical significance may be achieved with group sizes of about 6 to 8 animals. It can be performed in both mice and rats, and as indicated above, can also be assessed using alternative or even multiple methods including Von Frey, Hargreaves, Hot Plate or Cold Plate.

If you are interested in learning more about the Capsaicin Hyperalgesia model, please contact us to start the conversation today!