Allodynia is an abnormal nociceptive response to a stimulus that does not provoke pain under normal conditions. This model is included in our battery of analgesia assays as a touch sensitivity assay using Semmes-Weinstein monofilaments (i.e. von Frey filaments).

The von Frey Assay assesses the sensitivity and pain responses of Carrageenan-challenged animals to thin hair-like filaments of varying diameter and the corresponding force needed to bend the fiber.

A number of pharmacological agents are effective in reducing the sensitivity of mice to von Frey stimuli including serotonin reuptake inhibitors, anti-inflammatory agents, GABA enhancers and opioids. This assay is included in the battery of analgesia assays that include the thermal nociceptive assay and the formalin chemical nociceptive assay. 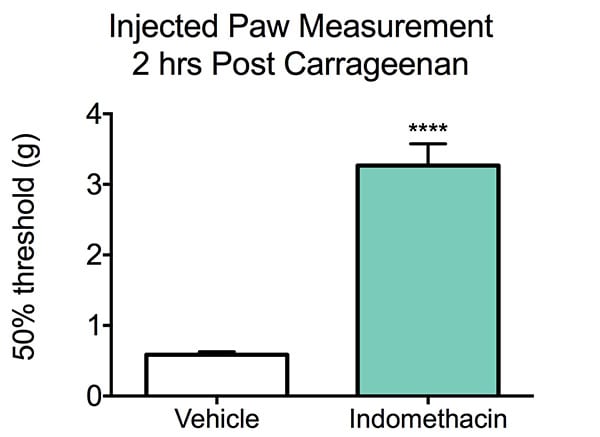 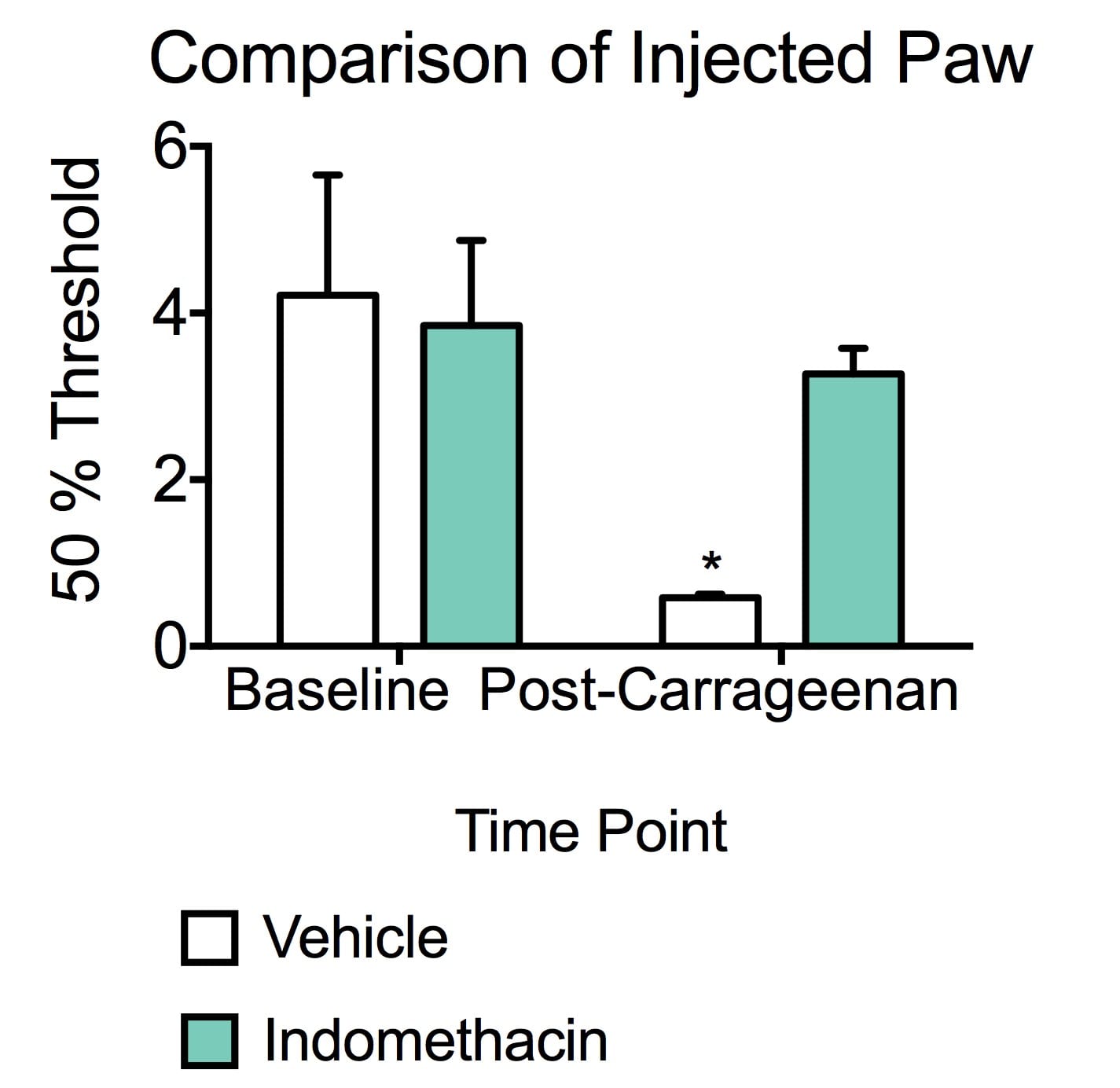 Von Frey Assay Assessment of Carrageenan-Induced Sensitivity: Baseline vs Capsaicin.  An additional comparison was performed to evaluate differences at baseline vs. post-Carrageenan challenge. Both treatment groups prior to dosing had similar thresholds at baseline. However, two hours after the Carrageenan challenge, vehicle treated mice had significantly reduced thresholds compared to Indomethacin treated mice.
Data are mean ± SEM (N=8); *p<0.05 compared to baseline vehicle.

The von Frey Assay with Carrageenan Allodynia is typically run in an acute mode (study completed in one day) by evaluating test articles after a single administration. The variability is relatively low and statistical significance may be achieved with group sizes of about 8 to 10 animals. It can be performed in both mice and rats.

Interested in running a von Frey and Carrageenan Allodynia study?

If you are interested in learning more about the von Frey Assay and Carrageenan Allodynia Model, please contact us to start the conversation today!