Hyperalgesia is a condition of enhanced sensitivity to painful stimuli. The Tail Flick Test measures the latency to thermal pain response and effectiveness of analgesics.

A number of clinically approved pharmacological agents have been demonstrated to delay the onset of heat sensitivity upon exposure to heat including opioids and GABA potentiators. 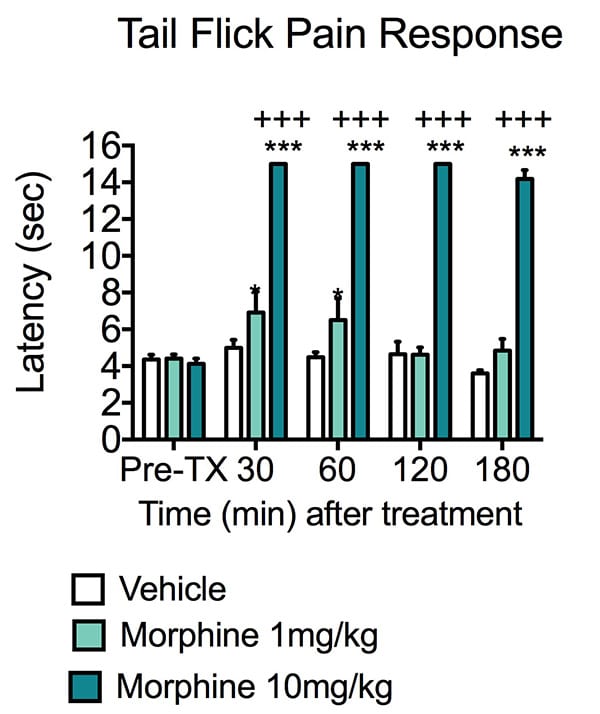 The Tail Flick Test is typically run in an acute mode (study completed in one day) by evaluating test articles after a single administration. The variability is relatively low and statistical significance may be achieved with group sizes of about 8 to 10 animals. It can be performed in both mice and rats. Since it is non-invasive it can be easily incorporated several times over the course of a chronic study.

If you are interested in learning more about the Tail Flick Test, please contact us to start the conversation today!