Hyperalgesia is a condition of enhanced sensitivity to painful stimuli. The Hargreaves test is utilized to assess changes in threshold latency to a small source of radiant heat on the hind paw.

A number of clinically approved pharmacological agents have been demonstrated to delay the onset of heat sensitivity upon paw exposure to heat including opioids and GABA potentiators.

Intraplantar carrageenan increases hyperalgesia in the rat hindpaw and is commonly used in assays of hyperalgesia. The study described below examines the effects of morphine in a rat model of thermal hyperalgesia. 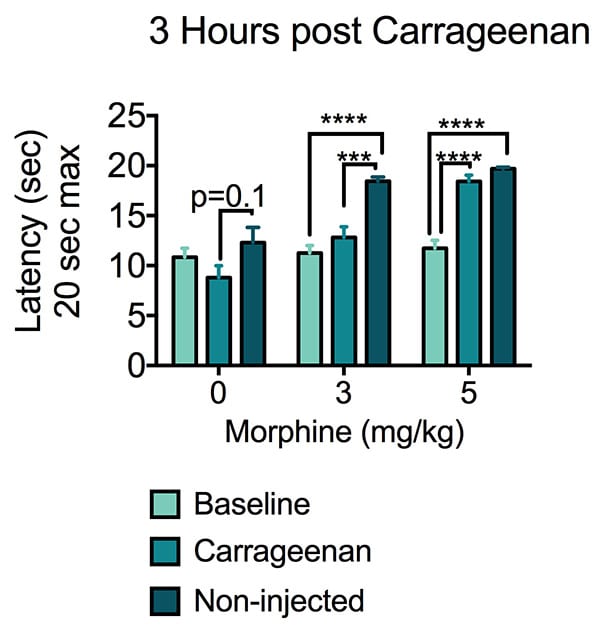 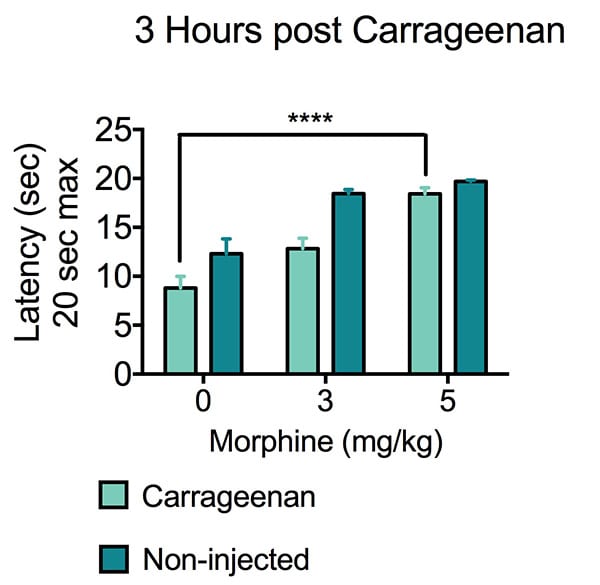 The Hargreaves test of hyperalgesia is typically run in an acute mode by evaluating test articles after a single administration. Although performance measurements can be performed in a single day the procedure does involve establishing baseline prior to treatment effect measurement. As a result the Hargreaves test is at least a 2-day procedure. Since it is non-invasive it can easily be incorporated at several time points in a chronic study. Ideal group sizes are usually about 8-12 animals. It can be performed in both mice and rats.

If you are interested in learning more about the Hargreaves Hyperalgesia model, please contact us to start the conversation today!