Headache disorders consistently rank as one of the most prevalent neurological conditions globally, with migraine being one of the most disabling disorders.  Though the mechanism of migraine is complex and unresolved, one hypothesis states repeated activation of the trigeminal vascular system leads to long-term physiological changes.  Clinical symptoms include trigeminal allodynia and sensitivity to nitrates, both resulting in pain. 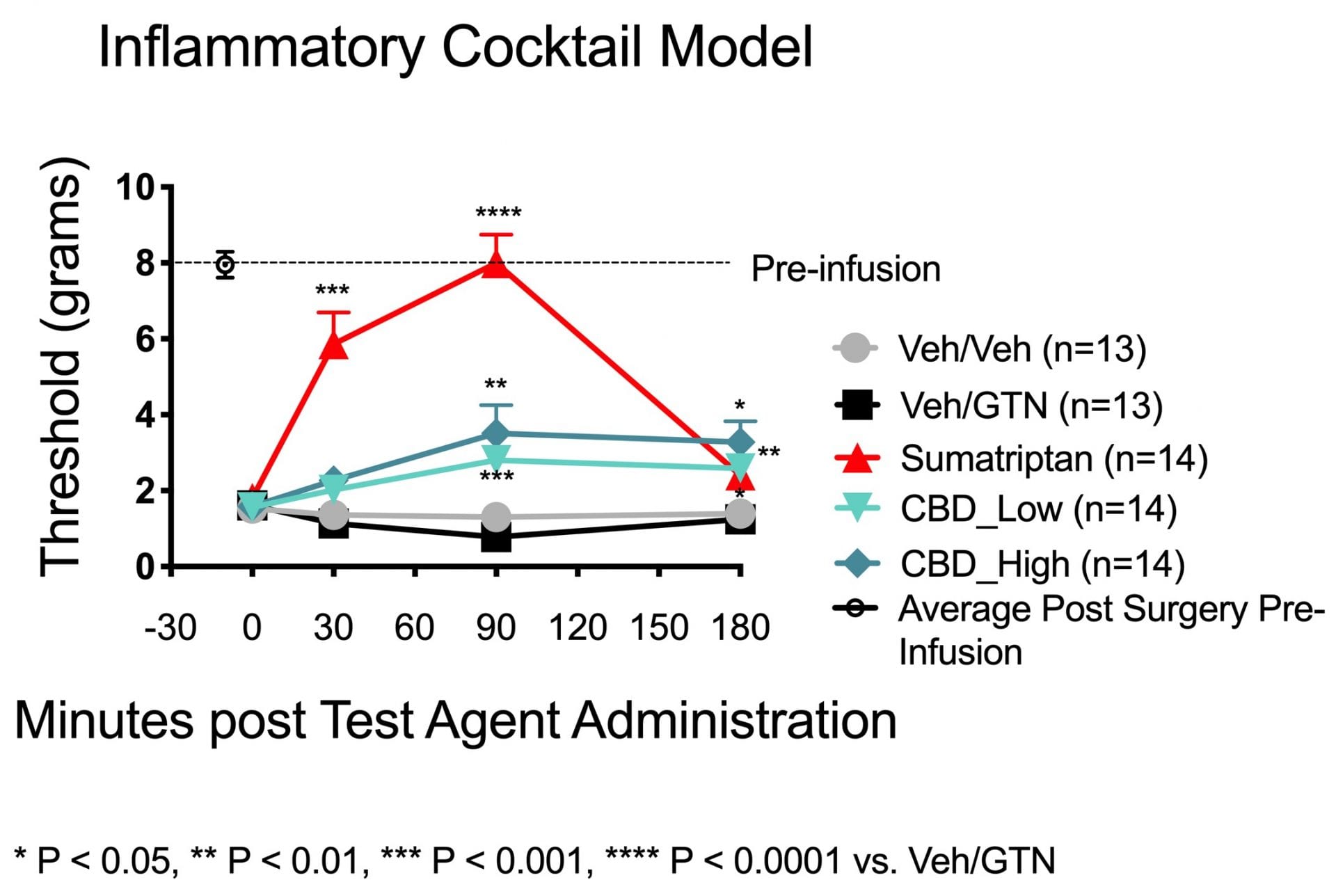 After the 5d inflammatory soup sensitization period, rats had a one-week wash-out period and were then challenged with 0.1mg/kg glyceryl trinitrate (GTN), followed by SMTRPTN, vehicle, or Viridian’s proprietary formulation of CBD, with at least a one-week washout between each treatment. The design was within-subjects with the same animals receiving multiple treatments in a crossover fashion. A blinded investigator tested periorbital sensitivity using von Frey filaments with reproducible calibrated buckling forces varying from 0.4 – 10 g utilizing the simplified up-and-down method before drug administration and 30min, 1.5hrs, and at 2.5hrs after drug administration.  A positive response was characterized by several behavioral criteria: stroking the face with a forepaw, head withdrawal from the stimulus, and head shaking.

Data are expressed as the average ± SEM.  Data were analyzed by two-way ANOVA followed by an appropriate post-hoc test to determine differences between treatment and control (Veh/GTN control group).  A p value of less than 0.05 was used to indicate statistical significance.

Once migraine has been established animals can be used for an additional 4-5 weeks. Therefore, it is possible to test multiple compounds, with a “washout” between compounds, using a given cohort of animals.  The inflammatory soup migraine animal model generally takes at least 3-6 weeks to complete depending upon the number of treatment groups and the extent to which animals are used for multiple treatments in a crossover fashion