Pancreatic injury can be modeled in mice with multiple peritoneal injections of Caerulein.  This acute pancreatitis is characterized by increased serum amylase and pancreatic myeloperoxidase (MPO), as well as histological evidence of alveolar thickening and inflammatory cell infiltration.

Pre-treatment with DL-Propargylglycine (PAG) has been suggested to reduce these markers of injury.  In this study, PAG was tested for effects on Caerulein-induced increases in serum amylase and pancreatic MPO, along with histological examination of pancreas tissue after treatment. 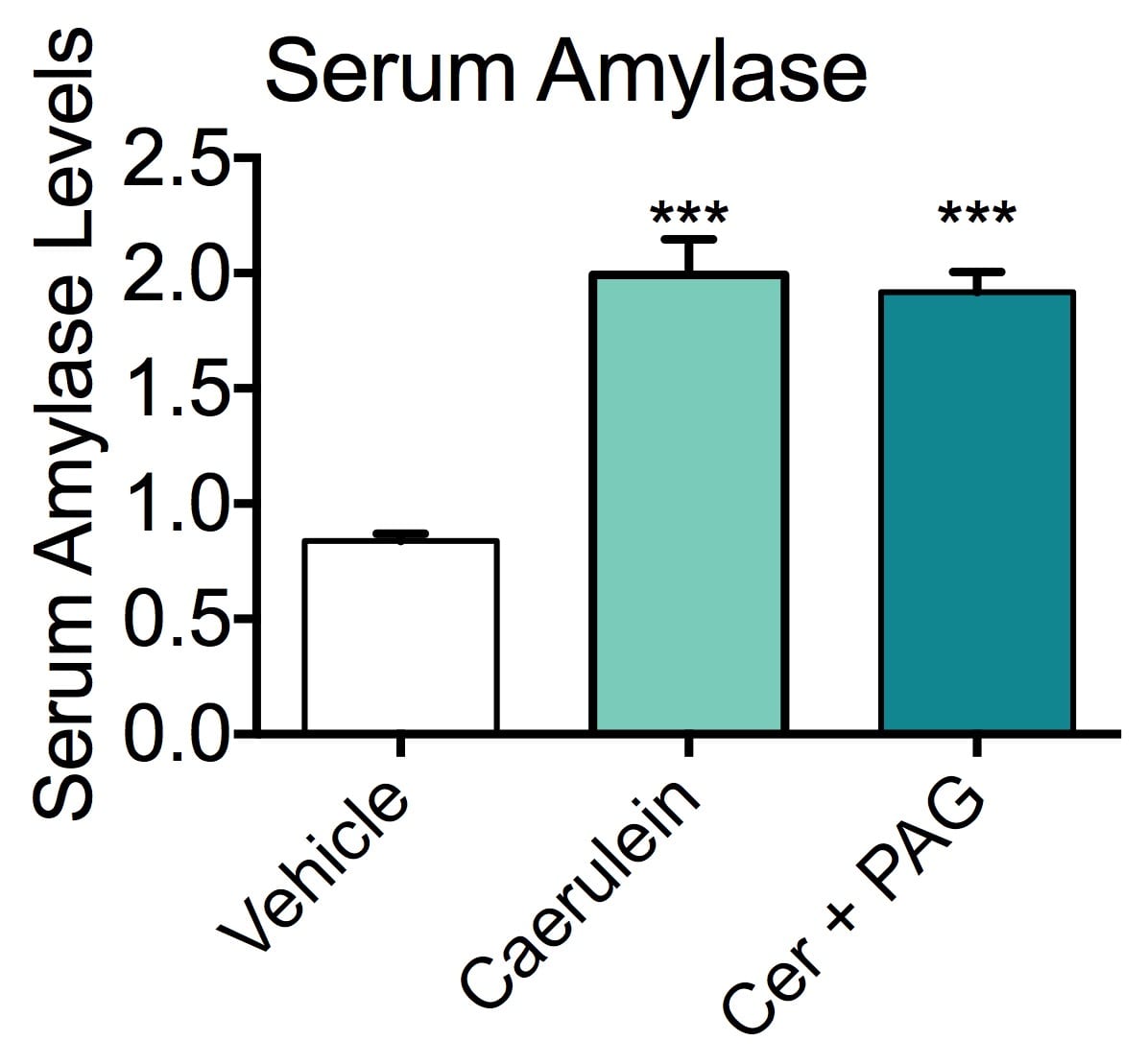 Serum Amylase. Amylase levels in serum from Caerulein-challenged mice. CD-1 mice were treated with vehicle, Caerulein or Caerulein+PAG. One hour after the final injection, blood samples were collected and serum was isolated and analyzed for amylase levels by enzymatic assay. Amylase was significantly increased after Caerulein treatment compared to vehicle (nontreated). PAG pre-treatment did not significantly alter the increase in serum amylase compared to Caerulein alone. Data are mean ± SEM; ***p<0.05 compared to vehicle (untreated control) (N=6).

Multiple injections of Caerulein in mice caused significant acute pancreatitis, as measured by increases in serum amylase and pancreatic MPO. The Caerulein dosing was well-tolerated, with no observable adverse effects. Pre-treatment with PAG significantly reduced levels of MPO, but did not alter amylase levels in the challenge model.

These results demonstrated that Caerulein injections are sufficient to induce a measurable acute pancreatitis model that can be moderately altered by PAG pre-treatment. This model has potential utility in screening therapeutic compounds for treatment of pancreatitis. 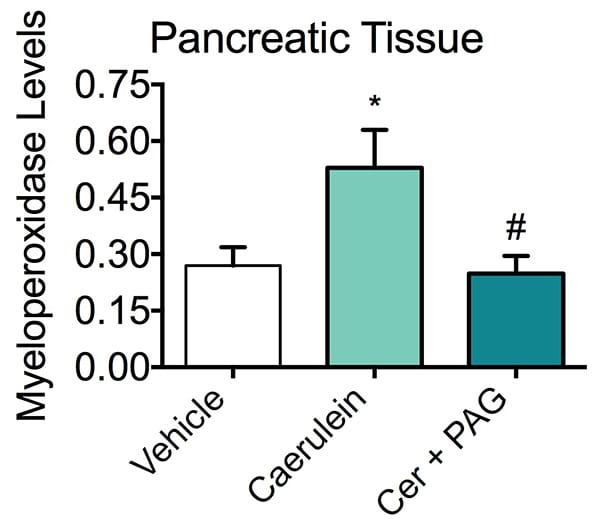 What endpoints are commonly used for this model?

The endpoints that are most often performed is MPO and serum amylase levels analysis.

Do you have a chronic pancreatitis model?

Do you have other pancreatitis models?

If you are interested in learning more about the Acute Pancreatitis Model, please contact us to start the conversation today!